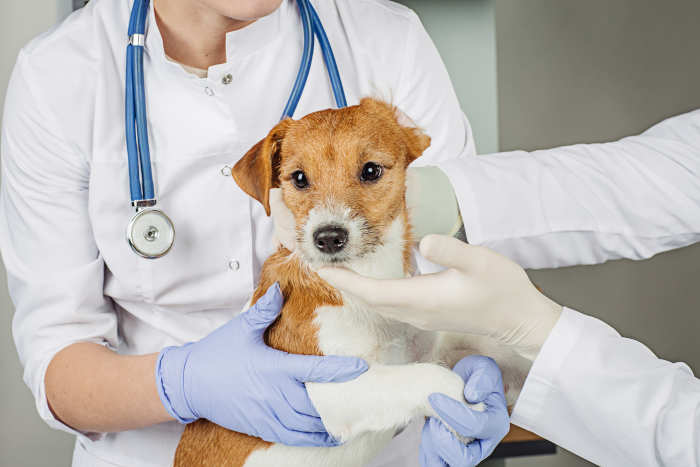 Heartworm in Dogs: The Facts and How To Keep This Parasite Out

Worms. So many kinds of worms. They're under the ocean, inside your plants, in your garden beds, in your trash, at the end of your fishing pole, and inside many digestive tracts.

But there's one slithery parasite that's particularly nasty, and as the name suggests, likes to live inside beating hearts, out of all places: heartworms.

Just the thought of it is enough to make you shiver with disgust, right?

When a dog is initially infected, the juveniles of these worms know as microfilariae circulate around the blood stream, depriving cells of vital nutrients and oxygen.

After six or seven months these worms settle nicely, or shall we say, not so nicely inside the heart, growing, mating, and multiplying.

To protect your dog and keep a nasty infestation out, let's find out more ... 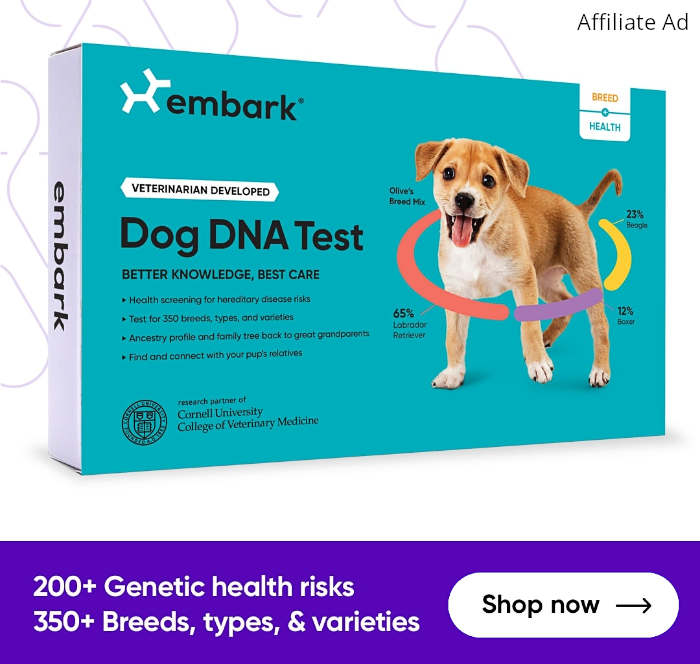 What Exactly Are Heartworms?

They’re a type of roundworm distantly related to soil nematodes and undersea worms. The scientific name is Dirofilaria immitis. They parasitize several kinds of animals including canines, bears, sea lions, ferrets, and cats, but don’t thrive in all animals equally.

Cats and humans do not provide an ideal environment.

Our pets can’t pass heartworms to each other or to us because a female mosquito has to serve as the intermediate host, the “nursery” for the larval stage of the worms.

After having bitten an infected animal, she later transfers immature worms, called microfilariae, from the residue on her mouthpiece into her new victim’s bloodstream the next time she seeks another blood meal.

After maturing and lodging in the tissues in and around the heart of their primary host, heartworms have been known to live up to seven years reproducing nonstop.

Gross-out alert: the adult worms can grow to be a foot long!

Worm burdens - the number of parasites a primary host can support - varies with each species, but the average is fifteen worms inside one little heart. The American Heartworm Society reports that infestation exists in all fifty states in the US and is prevalent worldwide.

First, do you know the difference between signs and symptoms?

Signs are indicators. Think of highway signs or traffic signs. Symptoms are changes experienced by the patient. Pain is a symptom: while it can't be easily or accurately measured, a patient feels it's intensity, and knows it's very real.

When your dog is first infected, usually no signs are apparent but as the worms grow in size and number, they begin to interfere with circulation and heart function.

If you get a chance to see autopsy photographs of dogs who suffered from heavy heartworm infestation, you’ll see that the chambers of their hearts appear to be filled with al dente spaghetti and angel hair. The worms fill the space where blood used to flow.

Is There A Cure?

It’s expensive, complicated, time-consuming, and risky. At present, the FDA has approved melarsomine dihydrochloride to eliminate heartworms. Learn more by talking to a vet.

You’ll need to restrict your dog’s activity to prevent his heart from overworking, thus leading to further damage. Many people crate their dogs both indoors and outdoors. It’s frustrating for your pet to be confined but it's better than the alternative.

Some symptoms can be managed by using additional medications and therapies. Sadly, even when all the worms are killed, the dog is usually left with permanent cardiac damage.

Unlike intestinal parasites, dead heartworms don’t exit the body through the intestinal exit. They take months to decompose and eventually to be absorbed within the body.

What about natural ways to eliminate heartworms?

Regardless of what you read on the internet or hear from friends, the most reliable recommendations for heartworm treatment come from experienced medical professionals who keep themselves current with data from labs.

Animal drugs can't be legally marketed unless they've been subjected to rigorous testing for safety and consistent effectiveness as outlined by the FDA's strict standards. And due to potential side effects they are available by prescription only.

Although advertisements for some non-prescription remedies turn up on social media, these have not been tested or FDA-approved.

According to the American Heartworm Society, "it's important to understand that there are no 'natural products' that can be used for either prevention or treatment." 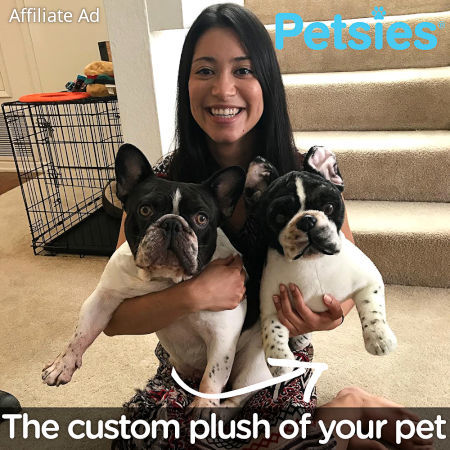 As the old saying goes, an ounce of prevention is worth a pound of cure.

Usually a heartworm test needs to be given before any preventative treatment. Dosing your dog with preventive medication when he’s already infested is dangerous: the medication can cause the sudden, rapid death of the immature worms, triggering a sometimes fatal shock-like reaction within a dog’s body.

Testing involves checking the blood for the presence of microfilariae as well as antigens produced by the immune system.

To rule out other causes of your dog’s signs, the vet might order diagnostic radiology to examine the right side of the heart as well as the blood vessels around the lungs.

Ultrasounds can reveal distortion of organs and even the movement of the worms. Echocardiograms can show the inside of the heart chambers occupied by worms.

Per AKC recommendation, testing should be performed annually even if no doses in medication have been missed.

Puppies under seven months old can start preventative treatment, although their blood work may not reveal the presence of heartworms for several months. For that reason, pups will likely be scheduled for repeat testing usually every six months for a year or so.

Heartworm prevention medication comes in different forms. Be sure to follow the directions given to you at the vet's office. The size of the dose is determined by the dog’s weight, so never give your dog’s medication to another animal.

Many dogs don’t appreciate the manufacturers’ attempts to make the meds taste good, but you can get around this.

Slice the chewy tab into smaller pieces to mix into tempting gravy or other food your dog likes. When a dog is very resistant to accepting medication hidden in food, some people choose to delay the meal to sharpen the appetite.

Another good preventative measure is mosquito-proofing the outside of your home. That means no standing water: mosquitoes can lay eggs even in small rain puddles nestled in the leaves of plants. If you set water out for birds, bees, and butterflies, change it often.

If mosquitoes are particularly prevalent in your area, you could also install a bug zapper. Bug zappers with neon blue elements work great indoors and outdoors.

So are you grossed out thinking of beating hearts choked with wriggling worms?

It's not a pleasant thought, is it. But one which should hopefully motivate you to take preventive measures to protect your canine companion. Taking these steps early on to reduce risk is your best line of defense against this nasty parasite. 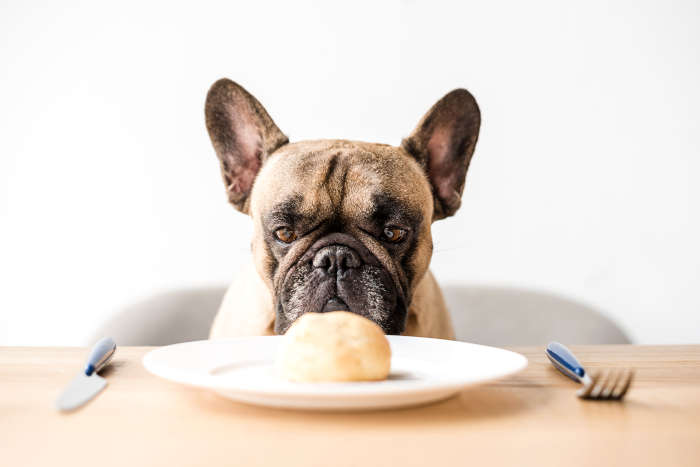 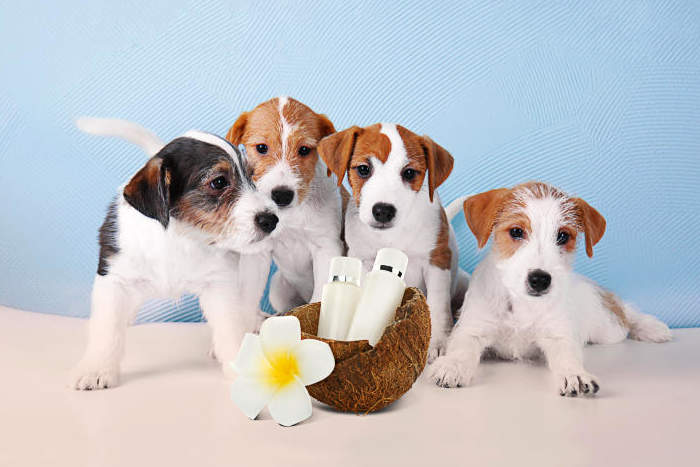 The Many Benefits of Coconut Oil for Dogs

The Many Benefits of Coconut Oil for Dogs 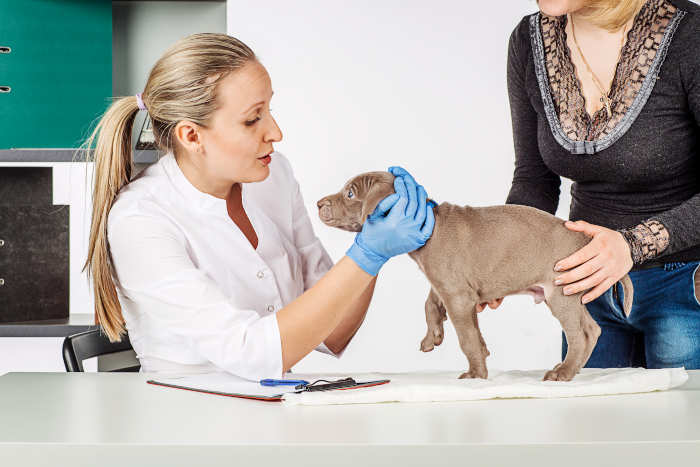 The Essential Guide to Deworming Your Puppy

The Essential Guide to Deworming Your Puppy