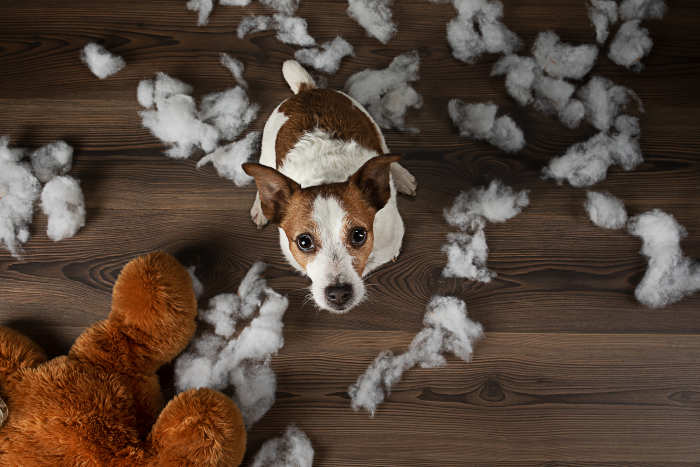 Nothing beats the unconditional love of a dog. We tend to look at them as human-like members of the family, and for good reason.

But what happens when you inevitably have to leave them home alone, even if only for a few hours? For us, it’s a simple “goodbye” until we see them again, but for a dog it isn't quite that easy.

Many dogs suffer from a condition known as “canine separation anxiety.” Just as the name suggests, these dogs do not deal well with being separated from their owners.

In many cases of separation anxiety, you are the main, or only interaction they’ll have with humans throughout their day.

Your dog depends on your companionship just like you rely on theirs, just at a much higher level. That's why your time together makes a huge impression on your dog, you quite literally mean the world to them.

Now, it’s important to understand that separation anxiety is based on fear.

Your dog fears that they will never see you again or, at the very least, that you will be gone for an extended period of time.

Remember, your dog doesn’t understand your schedule or the responsibilities that you have. All they understand is that you are leaving and they may never see you again, and that is enough to send some dogs into a state of panic.

When you leave your home, you get a change of scenery and, more than likely, you’re going to interact with other people. Unfortunately, dogs don't have that luxury.

Once you leave their presence, they’re all alone and if they suffer from separation anxiety they don’t have the necessary tools to handle that separation very well at all. 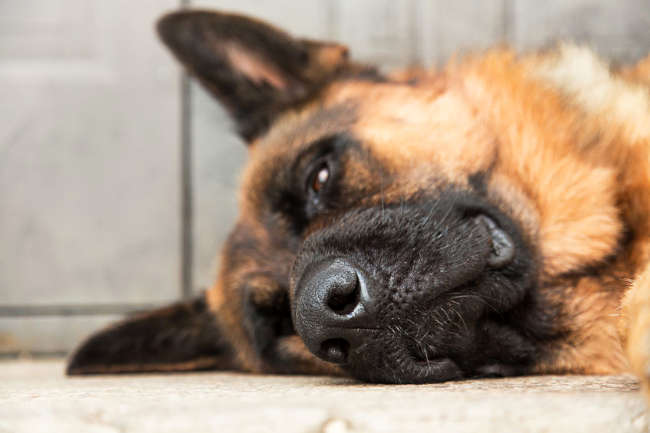 But separation anxiety doesn’t just apply to times when you leave your home.

It can also be triggered with something as simple as leaving your dog in another room. Without an adequate outlet in which to express their anxiety, in their mind they have no other choice but to channel it in unpleasant ways.

Dogs will often “act out” by exhibiting either disruptive behavior such as barking, howling, whining, urinating and defecating.

Or even emotional behavior such as refusing to eat or hiding as you’re trying to leave - or any combination of the five.

While sometimes a dog will actually act out due to insufficient training, this is not always the case. These episodes of bad behavior are often mistaken as having an unruly dog when, in fact, there is nothing wrong with the dog’s behavior at all.

The problem is that they simply lack the ability to communicate their anxiety to their guardian in any other way.

Being able to properly identify the source of your dog’s behavior is not always simple.

Since the characteristics of both types of behavior can be relatively the same, being able to distinguish the difference between having a disobedient dog and one that suffers from canine separation anxiety can be difficult.

In these cases, you will need to look at other types of their behavior to see which one applies.

For example, if your dog tends to chew up household items, especially articles of clothing or furniture, while you are at home with them, these are not symptoms of separation anxiety but rather boredom.

These dogs are looking for something to keep them occupied and a home is full of things that can accomplish that.

But the behavioral traits of true separation anxiety are different.

Besides the traits mentioned above, a dog with separation anxiety can also drool, pant excessively (even though they have not exerted themselves physically) or begin to act erratically in a way that is out of the norm for them.

Separation anxiety doesn’t only occur when we leave but also when we are preparing to leave.

A dog’s separation anxiety can be generated by something as simple as saying a trigger phrase such as “go”, “leave”, “work”, etc., or nonverbal actions such as grabbing your keys, purse, backpack or briefcase.

As soon as a dog learns the association between you performing these actions and you leaving home their anxiety can kick in. 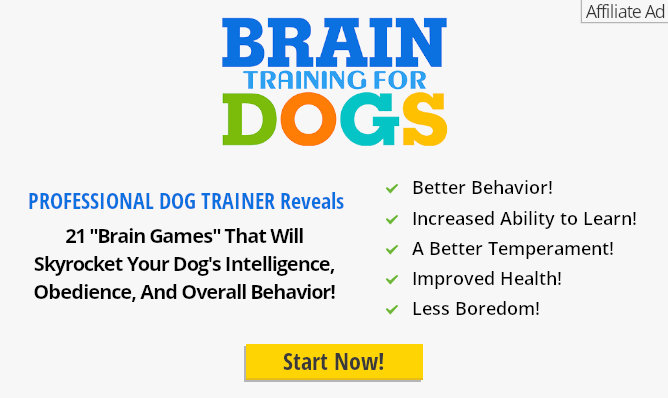 While there is no genetic explanation as to why some dogs suffer from separation anxiety while others do not, an argument can be made for certain traumatic events that can occur in a dog’s life that can trigger this type of behavior.

Here are some examples:

Being a rescue dog. If your dog was rescued from a puppy mill or acquired from a humane society or an animal shelter they will often exhibit separation anxiety due to the trauma they have experienced that stays with them, usually for the rest of their lives.

Having a change of guardian. If your dog has been surrendered by its previous owner, either voluntarily or for other reasons, it can cause separation anxiety.

If a dog is separated from their previous owner, either accidentally, through a tragic event or on purpose through abandonment and cannot be reunited with them, they can suffer with separation anxiety.

Having a child. Children require a lot of attention and that usually means less attention is concentrated on your dog.

Having an abrupt change in their schedule. A dog’s life revolves around routine, when that routine is disrupted their anxiety can become very evident.

Moving to a new location. Dogs are creatures of habit, when being moved into a new home, a dog has to relearn their responsibilities in an unfamiliar environment.

This can be traumatic for a dog, not only are they in a new place they don't recognize, but they can become unsure how to act to this big change in their life.

How Dangerous Is Canine Separation Anxiety?

You might think that having a dog with separation anxiety is no big deal, but that is simply not the case.

Since anxiety is a form of stress, it affects your dog in the same way it affects humans, and the body (be it a dog’s or a human’s) reacts to that stress in the same negative ways.

To help you get a better idea of what these dogs go through try to imagine how you feel when you get stressed. Now, imagine not being able to convey that anxiety to the one person who has the ability to help you.

This is the scenario that dogs with separation anxiety go through and as it is with humans, the longer it is allowed to go untreated, the more harm it does to their mind and body.

Being under an intense level of stress for extended periods of time is dangerous. Left untreated, your dog can experience any number of harmful conditions such as refusing to eat or drink or even injuring themselves trying to escape their containment to find you.

They can also injure themselves by chewing excessively, ingesting harmful materials, or damage their paws through scratching profusely.

If your absence is out of the ordinary, your dog can become incredibly desperate and real panic can set in.

Their anxiety could last for hours, or it could last the entire time you're away.

If your absence is a regular occurrence some dogs can become accustomed to you leaving them on their own. But there are many dogs that simply don’t have the ability to deal well with their owners absence, and will never be able to overcome separation anxiety without some type of intervention on your part.

As their owner you tend to only see their behavior while you're in their presence, but what happens after you leave? Does their level of behavior intensify?

In order to effectively treat your dog, this is something that you need to know.

Its important to understand that if your dog does suffer from separation anxiety, the likelihood is that things will only worsen if you dismiss or ignore their behavior.

Regardless of their level of anxiety, you should take action immediately. 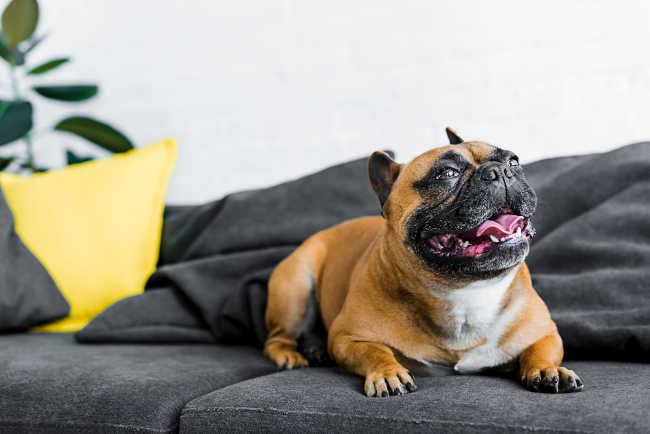 How To Manage Canine Separation Anxiety

Start out slow and help your dog become more independent. It’s fine to want to spend time with your dog but they still need to be able to keep themselves occupied, too.

When you're at home, get in the habit of giving them something to keep them busy while you leave them alone in a room.

Rubber of hardened toys designed to have frozen or other types of edible treats places inside work great here.

Over time, increase the amount of time they are left alone. This will enforce the notion that they will be fine without you constantly being around them.

Next you'll want to begin leaving your dog home alone for short periods of time, this can be something as simple as popping out to the shops for 10-15 minutes.

Again gradually increasing that time as they adapt and making sure to leave them something to keep them occupied.

You don’t have to buy a huge assortment of toys to divert their attention away from the fact that you’re going to be gone, but having enough of the things they are interested in will help them pass the time.

It doesn’t take a dog long to learn your routine, once they start noticing certain signals of you getting ready to leave, their anxiety can kick in!

To counteract this, you should show them plenty of attention while you prepare, slowly easing and comforting them into the fact that you're leaving.

Keep an eye on your dogs behavior for triggers such as picking up your keys or putting on your shoes.

Once you've identified certain triggers you can counteract their anxiety and help take their mind off of what's happening by rewarding your dog at these key points and thus, turn a negative into a positive.

Since your dog might have several triggers, focus on one trigger at a time instead of tackling them all in one.

Step 4: Leave your dog in a positive environment.

Whenever you leave, your dog should be placed in a comfortable setting where they can be as relaxed and calm as possible.

You can leave some soothing music quietly on in the background, make sure their area is clean and tidy and that they have their bed to lay in.

You can even leave them an item of clothing that belongs to you, something you don't mind your dog playing around with. Your scent left behind within the clothing will help to comfort your pooch.

Step 5: Focus on the return.

Make sure to spend some quality time with your dog once you come home.

You can play some of their favorite games with them, take them on a nice long walk or you can even put on your favorite show and have your dog sit next to you, paw in hand.

Point is, if you put as much attention on your return as you do on leaving, your dog will adapt far more easily.

If your dog’s separation anxiety is more severe and all else fails, you might find yourself in the position of needing to bring in a little professional help.

But, with a little observation, patience and effort, most cases of this debilitating condition can be overcome, directly leading to a happier, more confident pup that truly feels like an important part of the family. 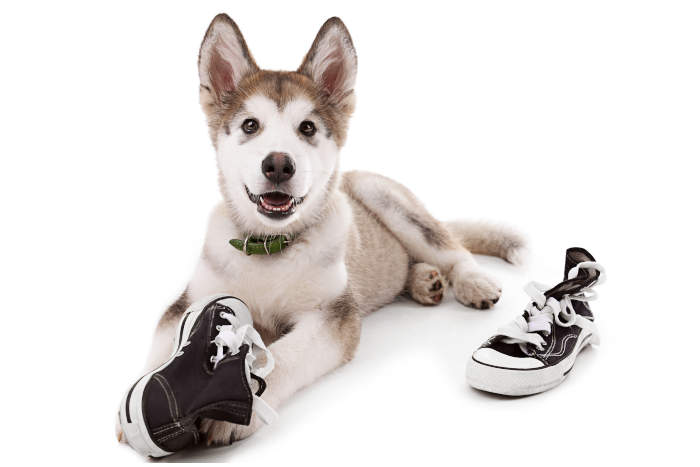 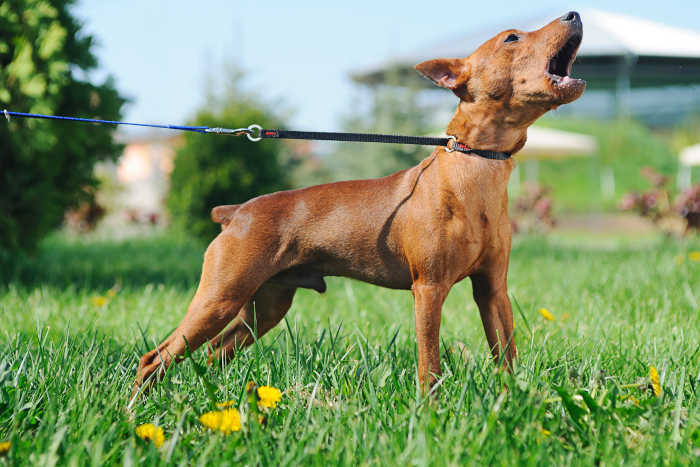 Calm the Bark Down: How to Stop Excessive Barking

Calm the Bark Down: How to Stop Excessive Barking 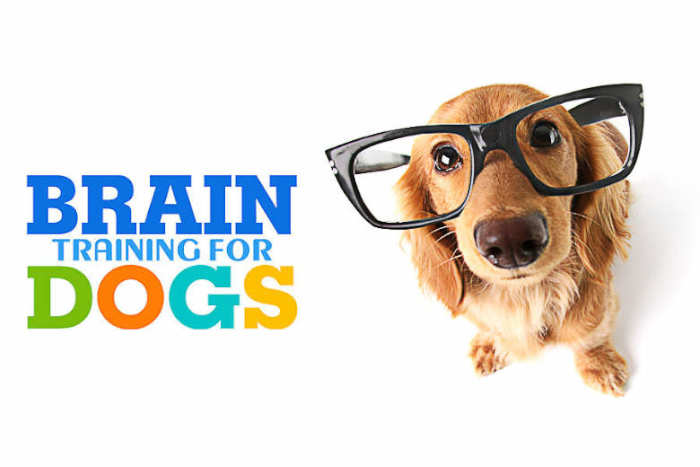